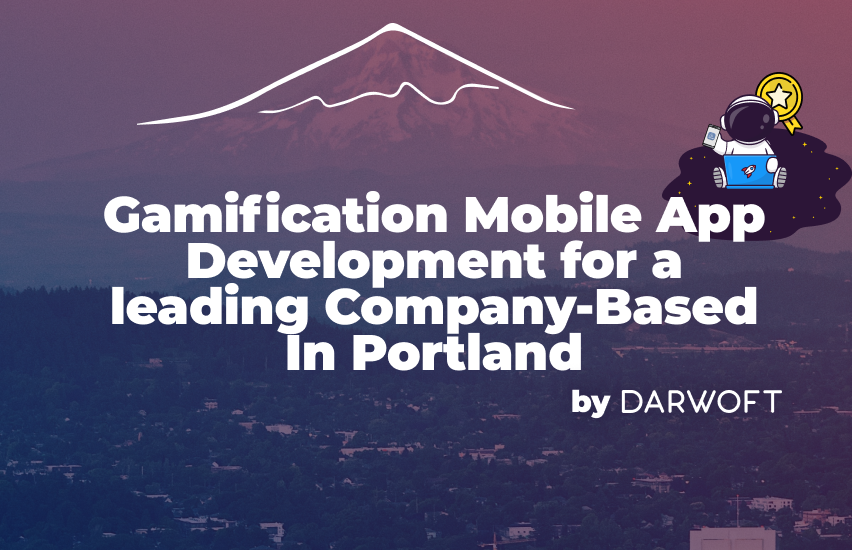 SnowShoe turned to Darwoft for help in creating the “Go Downtown” app, a gamified mobile and web application that couples with existing hardware to incentivize consumers to “check-in” at stores using their phones.

Downtown Olympia, WA, is a historic shopping district, with local shops, delicious cuisine, and state-of-the-art event spaces. After Covid shut down, many of the local businesses, the once-vibrant downtown area remained empty for months. SnowShoe, a Pacific Northwest customer loyalty company, was tasked with getting shoppers to come back downtown and help revive the retail district. SnowShoe turned to Darwoft for help in creating the “Go Downtown” app, a gamified mobile and web application that couples with existing hardware to incentivize consumers to “check-in” at stores using their phones.

Gamification As An Engagement Tool

SnowShoe wanted to use gamification as a way to incentivize and reward consumers for visiting businesses in downtown Olympia. Users would earn points for “checking in” at stores through the mobile or web app, as well as for visiting multiple stores on one of the app’s shopping “Loops.” Once enough points were accumulated, the shopper won a prize in the form of a store discount.

Darwoft was to deliver a complete end-to-end online and mobile app system which included a mobile web app, iOS app, and Android app. The system was also to include a fully cloud-based SaaS (Software as a Service) that would power this multi-tenant and multi-site consumer-facing application. The goal was to deliver this application to thousands of eager consumers and hundreds of businesses in Olympia’s historic shopping district for a Summer 2021 pilot program. The end objective was to learn from this pilot market, make improvements as necessary, and then bring the app to the national market.

Both Performance and Technical Challenges Had to be Addressed

The first project kick-off discussion was held in early March 2021. With the app set to launch in early July, this gave the Darwoft team only four months to develop and deliver an MVP and bring it to market. The project presented several performances and technical problems to be solved.

One of the main technical problems to be solved was the need for a flexible app that could be customized for new retail districts around the country. The Darwoft team created a flexible rules engine to accommodate this need.

A rules engine combines a set of facts and rules to elaborate a conclusion. In general, the rules describe the business logic, and the facts describe the conditions (which continually change with each new level of the game).
The Go Downtown app uses a rules engine to determine when a user can level up. The app offers a list of rewards along with a list of challenges that users need to complete in order to earn these rewards and move up a level in the game.

The shopping “Loop” is a key concept in the Go Downtown app design. A Loop is defined as a list of stores that a user can visit to obtain a certain amount of points. The number of points varies depending on the number of stores visited and the type of Loop completed.

For the launch of the Go Downtown app, Darwoft defined a specific quantity requirement for all challenges (for example, complete 1 Loop). And because the rules engine evaluates a condition based on user information and challenge data, these requirements could be modified easily without having to alter the operation of the rule.

The rules engine is executed when users take the main action, which is tapping their phones to the check-in hardware device. When a user visits a store, all the necessary calculations are carried out, both to record the visit and to give the corresponding points to the user. Because the rules engine is executed every time a user checks in at a store, it ensures that this action will accurately record when a challenge is completed and it is time for the user to level up.

“Our initial release of the mobile app was launched to much acclaim and immediate downloads by many users. The app was the centerpiece of a summer-long festival and ongoing loyalty program in the downtown retail district. We've achieved all our KPIs and program goals from this application, and I can't thank the Darwoft team enough.”
-- Ned Hayes, CEO, SnowShoe

The pilot program launched in July and immediately drew sign-ups from businesses and consumers alike. SnowShoe’s technical team was pleasantly surprised by the high quality of the code.

We are a passionate team of people who love a challenge. We are always asking ourselves, “How can we build something that has the most value in the shortest amount of time?”

Let’s get started working together.