Welcome, Cypress! How are things going there? 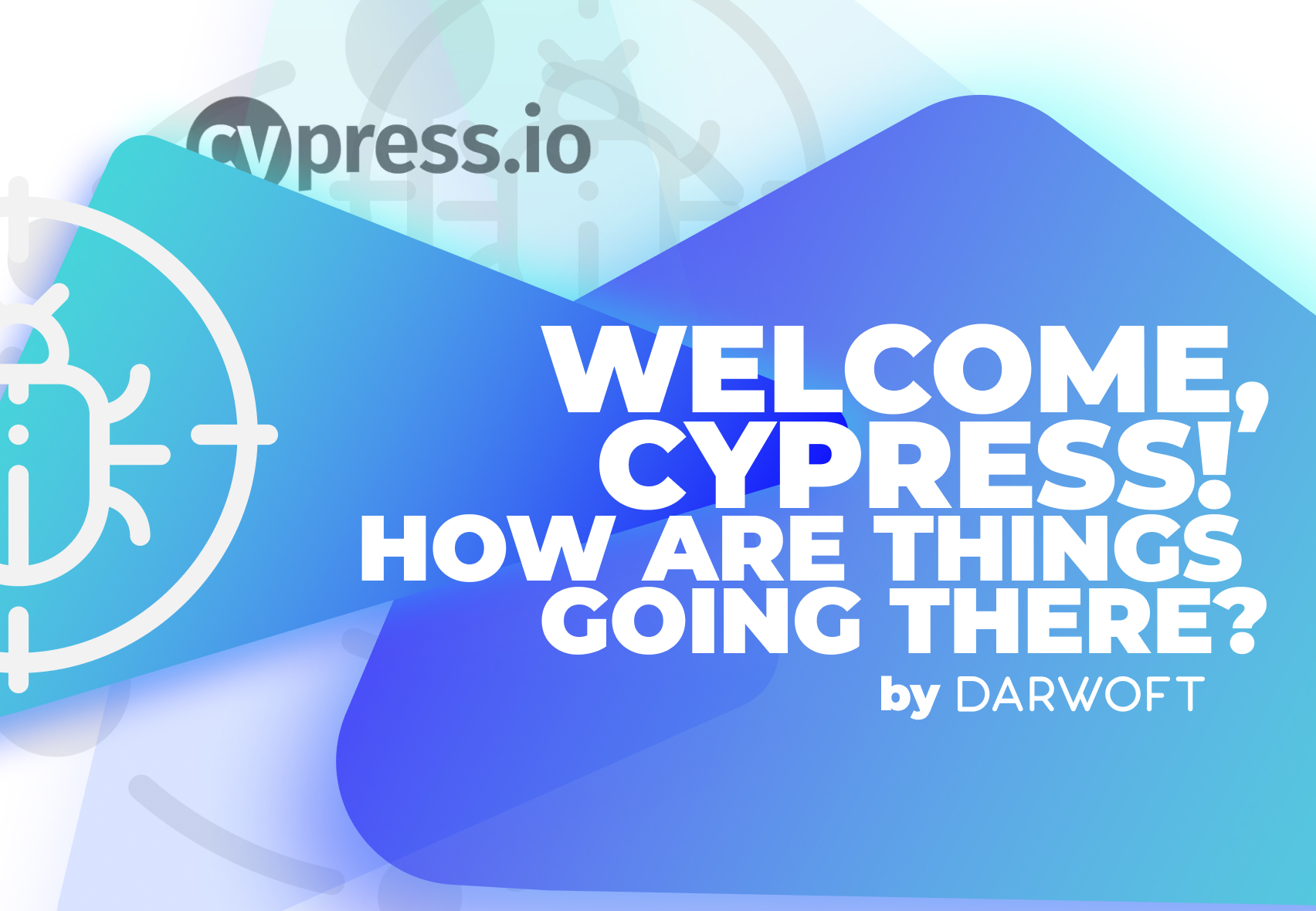 What is Cypress? And Cypress test automation tool? Cypress is a free and open-source automation tool, chosen by enterprises like Darwoft and NASA. It is an out of the box tool that is prepared to be used properly after having been installed.  A complete end-to-end testing experience.

Welcome, Cypress! How are things going there?

If you want to test whatever, that runs on a browser then = $npm install cypress

What is Cypress? And Cypress test automation tool?

Cypress is a free and open-source automation tool, chosen by enterprises like Darwoft and NASA. It is an out of the box tool that is prepared to be used properly after having been installed.  A complete end-to-end testing experience.

One of the aspects that makes Cypress stand out of the crowd is that it can be executed in the same run loop as your utility or application. Behind that, there is a Node.js server process which continuously communicates, synchronizes, and performs tasks on behalf of each other.

Having access to both parts (front- and backend), it gives us the ability to respond to application's events in real time while it is also working outside of the browser with tasks that require higher priority.

Additionally, it operates at the network layer by reading and altering web traffic on the fly. This allows not only to modify everything coming in and out of the browser, but also to change code that may interfere with its ability to automate the browser.

Cypress is capable of 10 incredible things. It

It can be said that Cypress is the future tool for testing modern frontend web applications. It aims to overcome the hurdles that engineers and developers face while testing web applications based on React and AngularJS. It is a quick, handy, and reliable device for checking out any application that runs on browsers.

What is more, using Cypress, programmers can do both, develop applications, and create test cases. Thus, it may be satisfactorily applied to a test-driven development framework. Moreover, Cypress includes a Dashboard provider to document test execution.

Due to the fact that Cypress is installed locally in a machine, it may have access to the operating system to complete automation tasks. Now, performing certain tasks, such as taking screenshots, recording videos, and creating general file system and network operations, is possible.

It is written in Javascript, the main language for web development, and uses Node.js when it runs on browsers. Consequently, testing is created in the same language.

2. Cypress Has A Simple Set-up

To get started with automation does not take too much effort. Neither dependencies nor additional downloads are required.

Anyone can debug web apps from Cypress quickly and easily. When tests fail, someone may suggest how to fix a defect. Then, debugging occurs directly from Chrome DevTools. In addition, as Cypress supports capabilities, for example, Time Travel and real-time reload, developers can examine their website code during and after test execution.

Cypress is well-known for its execution speed— with a response time of less than 20 MS. Cypress has automatic waiting built into the framework, which means that you don’t need to define implicit and explicit waits. This removes downtime and the want to manually cause the subsequent test.

5. Cypress Has an Active Community

Cypress is a free and open-source framework. It operates on a freemium model in which anyone can use a free or paid version. The latter includes advanced features, such as a dashboard with artifacts, DOM snapshots or video storage that are helpful for debugging.

Thanks to its characteristics, interest in Cypress is growing, encouraging people to form part of an active community on GitHub, Gitter, and StackOverflow.

Needless to say, Cypress works for all sorts of development activities, especially, because code maintenance is trouble-free, and the test script runner has a visual interface that shows when all tests and commands are running and whether they have passed or failed.

All in all, Cypress enhances professionals’ performance since it is plenty of information in the official and popular media. Tutorials, documentation, and repositories of sample projects are everything a programmer needs.

Other articles by Hernán Vietto